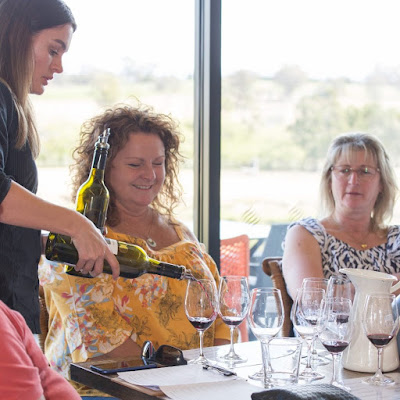 Wineries with Cellar Doors in New South Wales have been given the green light to welcome visitors for wine tastings again from Monday 1 June 2020.

The NSW Wine Industry Association (NSWWIA) welcomes the announcement of the relaxation of the coronavirus restrictions that will see Cellar Doors be able to offer up to 50 guests seated wine tastings, without the necessity to serve with food. Total guest numbers at Cellar Doors will still be limited by the 1 person per 4 square metres regulation and the 1.5 metres social distancing rule.

NSWWIA President Mark Bourne says, "We are delighted with the news and thank the NSW Berejiklian government for their hard work, support and collaboration with industry during these difficult times. The NSW wine industry has faced drought, fires and the pandemic all in a short period of time and we cannot wait to start to make some new, more positive, memories with the wine loving public."

"Of course, it won't be back to normal exactly as there are still restrictions and guidelines in place to make sure we all stay safe. However, we are looking forward to those travelling to our wine regions in June joining us on this journey, as Cellar Doors offer new COVIDsafe models for enjoyable wine tastings and experiences, along with our usual exceptional wines and service."

To assist all NSW Cellar Doors and staff, as well as ensuring consumer confidence, the NSWWIA has created COVIDsafe Guidelines for all its members and also recommend a coronavirus safety training course. These guidelines, which align with the NSW Department of Health Checklist, give a practical set of recommendations for Cellar Doors to demonstrate to guests that their venue is safe and welcoming.

Mark adds, "The Cellar Doors in all of the 16 wine regions of NSW are committed to a successful re-opening, committed to following all the best safety practices and most importantly committed to exceeding visitors expectations by offering the very best wines and regional experiences available."

"We have been delighted to receive so many enquiries about coming to visit a winery with a trip to regional NSW, but I must highlight that we are all living and operating in a changed landscape and so to avoid disappointment, I highly recommend that you book ahead for tastings, lunches, dinners etc. Once booked, please be respectful by arriving on time for your bookings. Most importantly, enjoy the new safe and exciting tastings and wine experiences on offer across NSW."

Email ThisBlogThis!Share to TwitterShare to FacebookShare to Pinterest
Labels: wine 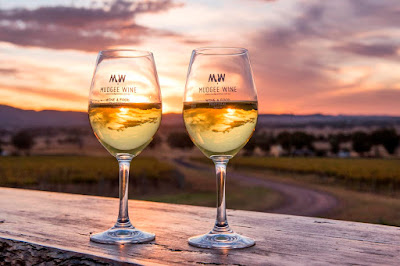 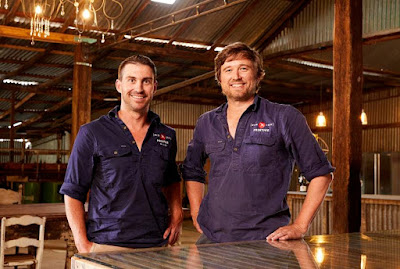 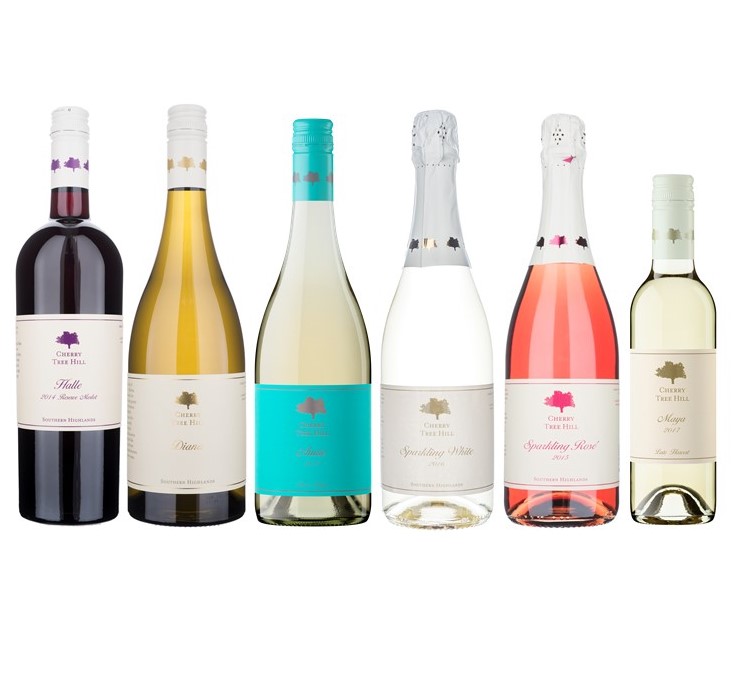 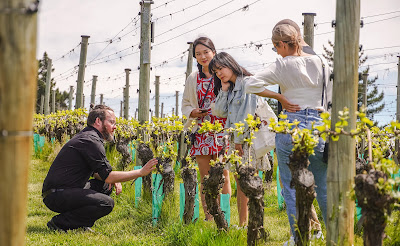 A stay at Central Otago’s newest luxury lodge would not be complete without an outstanding wine experience.

And that’s exactly what’s on offer at Gibbston Valley Lodge & Spa, nestled among the vines in the region’s founding winery.

Winemaker Christopher Keys says the Lodge & Spa’s Essential Wine Experience is the perfect opportunity for guests to get up close to what the winery team does.

“At the winery, everything is hand-tendered and made, from vine to fruit to wine,” he says.

“By the time each bottle makes it to the table, there are endless stories encapsulated in every glass. People, place and seasons are captured in our wines, so the Essential Wine Experience is a fantastic way to unravel this, bringing our wines, our people, land and story to life.”

The half-day educational experience, exclusive to Lodge guests, winds through the working core of Gibbston Valley for a behind-the-scenes view of its operation. Sights and smells turn into tastes and chats with winemakers and chefs.

Leaving the sunlight behind to enter New Zealand’s largest wine cave, Christopher says there’s a “sensory change” as guests pass into its depths.

“There’s nothing else like it,” he says. “The atmosphere is peaceful and contemplative - just you and hundreds of barrels of Pinot Noir lining the walls.”

Guests then enjoy an entertaining cinema experience with the showing of Bud to Bottle – a short film of the winegrowing process – in the Lodge’s private wine education theatre.

“It’s a visually spectacular piece that perfectly captures the annual cycle of winemaking,” says Christopher. “Our idea is to satisfy those who are curious about the essence of winemaking.”

The film is followed by a tasting session of Gibbston Valley’s premium and Single Vineyard releases, led by an experienced winemaker.

The experience ends as it should, with food, wine and conversation at the at the Lodge Restaurant. Executive Chef Anthony Gradiska and his team will delight in preparing a convivial lunch featuring seasonal produce from the winery’s organic gardens, expertly paired with wines.

The Lodge Concierge will be available to advise guests on additional customised experiences, such as a guided helicopter trip to understand the ‘ins and outs’ of making Gibbston Valley wines from above. The helicopter experience will stop at all the Winery’s major vineyards, as well as additional spots to catch some spectacular views.

For further information and bookings go to gibbstonvalleylodgeandspa.com. 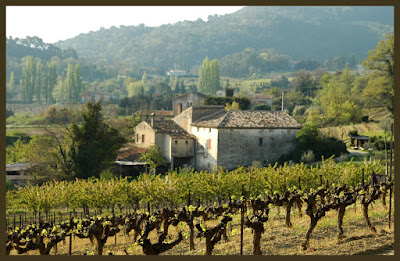 THERE'S something of a revolution underway in the world of wine, with markets from Australia to Europe, Africa to the USA, and just about everywhere in-between, recording phenomenal growth in the sales of pink rosé.

Leading liquor retailers in Australia say they've seen sales of rosés leap more than twenty per cent over the past year, in the US the figure is nearly double that at forty-one per cent for the year, while UK rosé sales doubled last summer over those of 2016… and in France last year makers in Provence alone sold a staggering 176,000,000 bottles of the wine on local and international markets.

And so popular is the pink drink becoming in Australia, especially offered chilled for outdoors partying and dining enjoyment in our warmer Spring and Summer months, that some experts are predicting rosé will actually outsell white wines in this country within the next ten years.

Proving ideal on hot summer's days for being crisp, cool, tart (and even sometimes fruity,) rosé is a wine that can be enjoyed on its own as a refresher, or as "Frosé" – a concoction that's grabbed attention world-wide, and is made by freezing rosé with lemon juice and sugar, creating as some say, a kind of grown-ups' Slush Puppie. 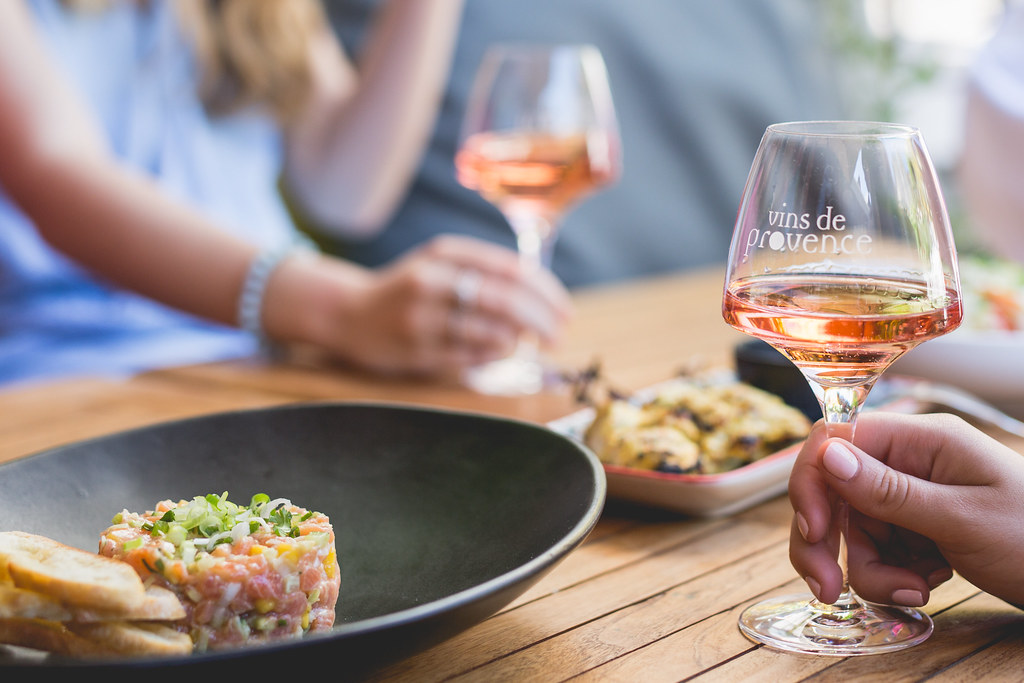 And the most interesting thing in all of this, is that makers and sellers alike say that it is men who are now leading the charge in rosé sales, happily ordering it by the glass at the bar, by the carafe to share as a group, and particularly in America, in magnum size bottles in restaurants and hotels.

And they no longer have any concern about being seen tossing down this one-time "girlie" pink drink, readily letting the world know that these days Real Men Do Drink Rosé

As a food companion, rosé is ideal with everything from antipasto to party finger foods, pate, salami, calamari, and for something more substantial, a prawn curry.

[] IN FRANCE last year makers in Provence (pictured,) sold a mind-blowing 176,000,000 bottles of rosé on local and international markets.
Posted by rodeime No comments: