ONE TO NOTE:  TINTILLA Estate, that proudly boasts to being the first in the Hunter Valley to plant Sangiovese vines – and that was back in the mid-90s – is earning a well-deserved reputation for the Rosé it makes from the fruit of these vines.

So much so in fact it has a wait-list each year of regular buyers, and this year had sold a third of anticipated production before the wine was even made. Winemaker James Lusby has created in the 2015 a Rosé that, despite coming from a challenging cold and wet vintage, is wonderfully dry and food-friendly.

At $26 its good-value buying and ideal at this time of year with summer salads (avoid any bitter greens,) pork sausages off the barbie, or linguine with garlic and mussels.

WE admit to being somewhat blasé when it comes to medals, trophies and other gongs going to those in the winemaking industry, seemingly just about every maker we know winning something or other for one of their wines (at some time or other,) and which makes us fear that if we mention one award we're going to have to mention the lot – and that would take up our entire column every week of the year.

But we feel we should give recognition to one accolade that's just been handed out as it's a world first – and that we can give it mention because the wine's sold out anyway. And that's the Semillon Trophy at the 2015 International Wine and Spirit Competition that was won for an amazing fifth consecutive year by the Hunter Valley's McGuigan Wines – the first time in history anyone's achieved such a feat.

The record-setting 2015 winning drop was McGuigan's 2006 Bin 9000 Semillon that Chief Winemaker, Neil McGuigan sums up as having been "a true Hunter style Semillon, fresh and light when young, and which will develop rich honey and toast characters with extended cellaring over the next 10+ years."

Medium bodied and full of gooseberry and lime on the palate, with fresh acidity and a lingering finish, it virtually marched off the shelves… to the disappointment of those who missed out.


for week beginning 14 December 2015
Posted by rodeime No comments:

Are we becoming a nation of beer snobs? 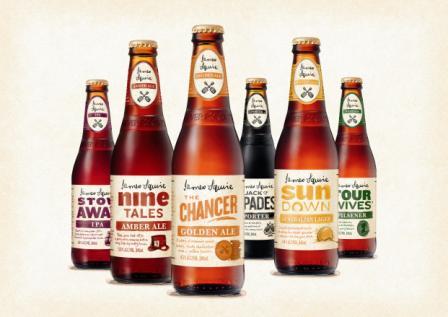 Christmas set to be a bit ‘posher’, with urbanites choosing craft over regular beer

New beer-purchase data from thousands of Aussie beer lovers reveals that beer preferences are following wine and coffee preferences – driven by a need for an ‘experience’ – with more and more urbanites expected to be seeking variety in the beers they choose this Christmas.

The analysis was carried out by Clipp.co, Australia’s leading and fastest-growing mobile-payment and deals app for bars, pubs and their restaurants. Clipp took September and October beer-purchase data in five beer categories – craft*, regular, cider, low-alcohol and special-diet – from their 55,000-strong customer base across more than 600 establishments Australia-wide. The analysis revealed that more urbanites are consuming craft beer – beer made traditionally by small breweries in limited quantities – rather than the regular beer Aussies have traditionally known and loved.

In contrast, Brisbane and the Gold Coast, Adelaide and Darwin are holding onto their love of regular beer, with this category accounting for 59 per cent, 63 per cent and 65 per cent of all beer purchases respectively.

Greg Taylor, CEO and co-founder of Clipp, says: “With the variety of beers on offer at Australian establishments, urban beer lovers now regard beer as an experience – much like they do wine and coffee. People seek to be more adventurous and it’s common now to be offered ‘beer tastings’ at pubs to enable you to choose your preferred beer.”

“Beer drinkers also like the idea of supporting a small craft brewery and its story, and they like the personality of the craft brand. As a consequence, their craft beer of choice becomes a talking point among their friends and better enables them to show their own personality. Additionally, I believe people are now eating better and are seeking to drink better.”

When it comes to spend volume, the number one craft beer Aussies purchased most – and are expected to purchase over Christmas – is James Squire followed by Stone & Wood, Little Creatures, Feral and then Young Henrys.

“Smaller breweries are catching up to the big players and showing their prevalence in the industry. The craft beer company Young Henrys from Sydney’s Newtown made it into the top 5 list nationally which is a great achievement for a relatively newcomer on the scene,” said Greg.

A city-by-city analysis by Clipp reveals Aussies in each city share similar tastes in craft beer. In regular beer, Aussies have different favourites depending on where they are from, with Carlton Draught the only beer to make it into the top five rankings across all cities.

ONE TO NOTE: IF you like a good lamb roast, or just good ol' lamb chops off the barbie, a great wine to spoil the family with as you enjoy these great lamb-and-wine get-togethers over the coming holidays, is a Voyager Estate 2011 Cabernet Sauvignon Merlot from Western Australia's Margaret River.

88% Cab Sav, 8% Merlot and just a touch of Petit Verdot to round it out, this is a rich and flavoursome wine that's been almost tailor-made for enjoyment with lamb: it has wonderful sweet dark- and red-berry fruit flavours to the fore, suggestions of bayleaf for a touch or savouriness, and is rounded out with finely-grained tannins.

Its $70 a bottle for that special Festive family occasion, and if you're not into lamb, match it up with a Black Angus beef fillet with wild mushrooms and baked vegies.

for week beginning 07 December 2015
Posted by rodeime No comments:

G and C KREGLINGER has been one of Belgium's most-respected wine companies since its founding in Antwerp way back in 1797 as the country's first licenced wine traders, and what many don't realise is that it's been around in Australia since 1893.

However it traded here as primarily wool exporters, not getting into winemaking and marketing until 2000, firstly in South Australia and a year later in Tasmania when it bought a majority ownership in Pipers Brook Vineyard and Winery in the State's north-east. It was this purchase that led to it also creating its own exceptional cool-climate, limited-production and super-premium Kreglinger sparkling wine range.

Just released from this range is their 2006 Vintage Brut that was made from Pinot Noir and Chardonnay off a vineyard in Tasmania's north-east dedicated 100% to sparkling wine production, and whose low yields reward with significant increases in fruit aroma and flavour. This in turn carries through on the wonderfully creamy palate with its abundance of citrus, brioche and French pastry flavours.

Pay $55 for this really outstanding Tassie drop to enjoy over the Festive Season with such party-room treats as oysters, caviar and delicate sushi or sashimi.


for week beginning 07 December 2015
Posted by rodeime No comments: 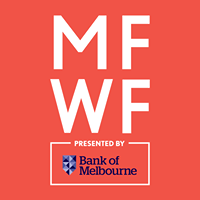 Fowles Wine, Montalto Vineyard and Olive Grove and Tahbilk have recently announced Melbourne Food and Wine festival events. Fowles Wine will host a Ladies Who Shoot Their Lunch Wild Feast featuring produce poached from across the region, join them to dine on game and old breed meats, compete in traditional garden games, sway to the sounds of rag time jazz, parade in a 'Fashions on the Field' competition and scoop exclusive lots at their charity auction. Click here for more details.

The following day Montalto will host an Autumn Harvest Long Table Lunch at their restaurant. Already they have set aside a designated Melbourne Food and Wine Festival garden bed, where seeds have already been planted raising herbs, vegetables and fruit especially for the event. If they can’t grow it, it will be sourced locally and prepared on the estate. Click here for information.

Co-hosts Tahbilk and Mitchelton will collaborate with regional food guru Jillian Hayes to create a food and wine pairing unlike anything offered before. The long table will be placed along Tahbilk’s historic Long Bridge, spanning an impressive 80 metres and overlooking the glorious billabongs and wetlands of the Goulburn River.

In this magical setting experience a three-course culinary feast, with wines from the host vineyards, and revel in the entertainment provided by acclaimed Italian soprano Stefanie Bellamio. Click here for details.

Email ThisBlogThis!Share to TwitterShare to FacebookShare to Pinterest
Labels: Events and Festivals

In recent years the NSWWIA implemented that the judging be held throughout the regions following successful trials in both Griffith and then Orange consecutively.

Following the 2016 judging in the Hunter Valley, the awards lunch will be held at Pier One Sydney Harbour on 28 October 2016 for all of the NSW wine industry to celebrate.

"I look forward to welcoming prominent judges to the Hunter; it is an opportunity for them, outside of their judging duties, to familiarise themselves with the local wine industry, the varieties under cultivation and being planted, the geography and agricultural strengths of the area and also to note the extent of development of tourism facilities in Wine Country."

"I hope they will also have a chance to sample something of the surrounding villages such as Wollombi and Broke."

The 2015 NSW Wine Awards demonstrated the strength of wines against competition from throughout the State with a whopping 197 medals received for the 293 wines which were submitted for judging. This gives the Hunter Valley a 67% strike rate and puts them ahead of all of the other regions which participated.

"We want to see the Hunter shine even further in 2016," Mr Souris concluded. 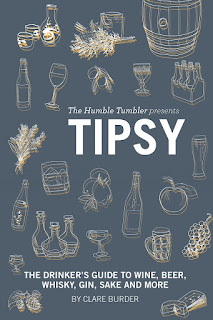 THINGS YOU CAN LEARN BY GETTING TIPSYDavid EllisWE'VE had plenty of books come across our desk in the three decades or so we've been writing this column, but none quite like a 200-odd pager that came in this month, and simply titled Tipsy.For while the majority of the others have been pretty-much deeply thought out single-subject works covering wine, or whisky, beer or aperitifs, and how they are made or how best they should be served, Tipsy is a wonderfully expansive look at all this, and at the one time is informative, amusing, and simply an enjoyable read.It was penned by Clare Burder who has been in the wine business in one way or another since she was just 15, and who now runs appreciation courses covering wine, beer, whisky, gin and sake – while also heading-up her boutique, family-owned Eminence Wines in Victoria's King Valley.Tipsy takes readers through everything from how to master a daunting 40-page wine list, understand "trade talk," this-goes-with-that cheeses and drinks, to how not only are wines made, but also beers, whiskies, gins and sakes. It also covers storage and cellaring, getting the most enjoyment from rums, tequilas, ciders and vermouths, understanding the difference between a single malt whisky and a blend… even selecting the best glasses for quaffing a good beer, and tips on how to pour like a pro.We think it a real must-have, and great value at $24.99 from all good book stores.  [] FUN and informative, a must-have for when you want to know all about that drink you've got in mind. for week beginning 30 November 2015
Posted by rodeime No comments: