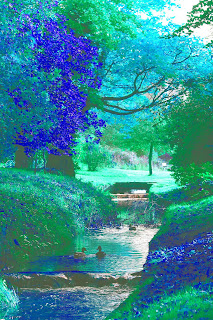 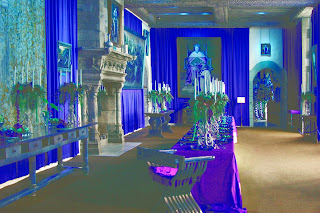 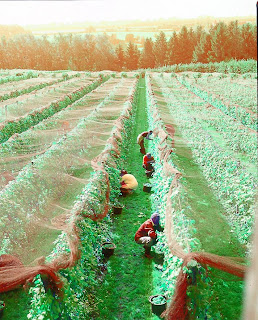 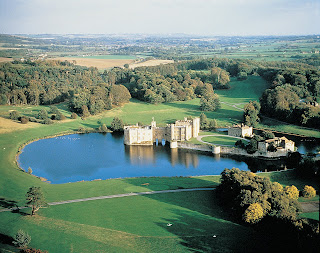 FOR WEEK BEGINNING 31 MARCH 2008; PHOTO CAPTIONS AT END OF ITEM

WHEN William the Conqueror decided to take over England in 1066, he
gave one of his invasion's cushier jobs to his half-brother, Bishop
Odo of Bayeux.

Odo was told to take hold of a small wooden fortress that had been
built on an island in a lake in Kent around 857AD by the then King of
Kent, Ethelbert IV. Away from the battle-front, the good Bishop found
the task a no-brainer and settled into an easy lifestyle amid one of
the prettiest parts of England.

So much so in fact that when counters went around 20 years later to
write up the first census for the Doomsday Book, they found a very
content Bishop Odo still ministering to an equally laid-back flock of
just forty-nine: a Keeper of his Fortress, 28 villagers, eight
smallholders, a dozen slaves and a handful of animals.

And the reason for the little community's relaxed outlook on life: a
half-hectare vineyard whose French-origin grapes kept them supplied
year-round with wine made by Odo himself.

Nine hundred years later, using a bit of literary licence, wine
produced from a vineyard on Bishop Odo's original site, is claimed to
be made "from England's oldest vineyard" even though Odo's grapes died
out 300 years after he himself went to his Maker, and today's vines
weren't planted until 1980.

And the site of Bishop Odo's fortress is now one of Britain's
most-visited historic sites, although long gone is the little wooden
fortress. In its place is the grand Leeds Castle – often dubbed "the
loveliest castle in the world."

The rambling 'new' stone Castle was built in 1119 by one of William
the Conqueror's Lords, Robert de Crevecoeur to supersede the wooden
fortress, and now occupies two islands in the lake; it is connected to
the surrounding countryside by a stone bridge that replaced the
original drawbridge.

And its history is as colourful as the setting itself: it's been used
as a garrison, a prison, a convalescent hospital, and played home to
six medieval queens and three noble families.

Henry VIII so loved the place he decreed it his summer palace, but
despite his love of a glass or three of red he ordered the cessation
of monastic winemaking there; without care the vines ran to ruin and
eventually died.

When Leeds Castle's gardeners decided to replant the vineyard in 1980,
they located the exact site of the original planted by Bishop Odo, and
in the first year of winemaking harvested enough grapes to make 1200
bottles of wine.

The vineyard now produces ten to fifteen times that amount, and with
Bishop Odo's winery long gone, the grapes are processed at a local
winery and labelled Leeds Castle Wine.

Leeds Castle is a captivating place to visit, and not just for its
history: it was totally restored by its last private owner, Lady
Baillie who bought it in 1926 and, with the assistance of Paris
decorator Stephane Boudin, transformed it into an elegant country
residence.

She opened it to the public in 1976 and today it sits in its lake amid
200ha of park, woodland and old-world English gardens.

An aviary with over 100 exotic species from around the world provides
eagles, falcons and hawks for falconry exhibitions, and is also home
to Jack – the only free-flying African Augur Buzzard in the UK.

There's a yew maze in which to test-out your deductive skills, an
underground grotto with macabre mythical beasts, hot air balloon rides
to take-in the stunning Kent countryside, and for those who can't help
themselves, a golf course.

There's also a duckery on the lake, as well as the castle's symbolic
Black Swans – descendants of those originally imported by Lady Baillie
from Australia.

But probably most unusual of all is the only Dog Collar Museum in the
UK. No one seems to know quite how it started, but it has examples of
hunting-dog collars spanning five centuries, and more modern canine
couture for the 21st century pampered pooch.

Leeds Castle attracts over 500,000 visitors a year and is open from
10am to 4pm during the winter months, and to 6pm in summer; it is
closed Christmas Day. Entry is 14-pounds per person for adults,
11-pounds for seniors and 8.50-pounds per child.

For information see travel agents, call the British Tourist Authority
on 1300 858 589 or check-out

LEEDS Castle – the loveliest castle in the world.

TODAY's vineyard, developed on the site of the original planted in 1068.

AUTUMN colours in the spectacular gardens of Leeds Castle.