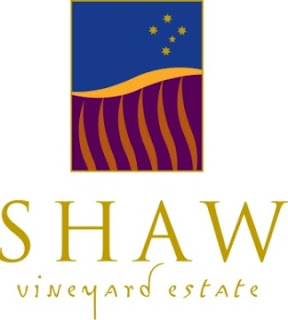 A recent proliferation of wine show successes, as well as worldwide recognition stemming from awards and five star ratings, vigneron Graeme Shaw from Shaw Vineyard Estate in the Canberra Wine Region is set to have had a very fruitful year.

Shaw Vineyard Estate is no stranger to international recognition, with recent international wine show success for the label in Vienna, London, Singapore and Shanghai - over 30 awards in total!

Most notable is Shaw's amazing 6/7 medal haul at the world's largest wine show, the Vienna International Wine Challenge 2010 where a record 10,000 entries came from 34 countries. With 1 Gold and 5 Silver medals from this one almighty challenge, the Shaw's couldn't be happier.

At the same time, right in their own backyard, Shaw Vineyard Estate was one of only 5 NSW wineries to have 2 wines named in the prestigious NSW Wine Awards Top 40, which was announced alongside the NSW Wine of the Year on Monday 18 October.

By pure coincidence, both wines named in NSW's Top 40 are both Rieslings, which Graeme Shaw is adamant, will become the regions flagship white variety. He believes the fabulous site on the 700 acre fine wool property at Murrumbateman just north of Canberra is ideal for Riesling and Cabernet production in particular, and this award confirms that Riesling is certainly in its element in this locale.

The Shaw Vineyard Estate Premium Riesling 2009 RRP $22 has an exceptional pedigree for a young winery, with the most recent 3 vintages producing Rieslings which have accumulated more than 30 medals and a Trophy.

What's also pleasing is the Shaw Vineyard Estate Winemakers Selection Riesling 2009 RRP $15 was also named amongst the Top 40 NSW Wines, suggesting that it offers enormous value for money and that a wine which retails at only $15 can well and truly stand up amongst its peers.

Of his success Graeme modestly admits "These victories are something I am very proud of as it has been no easy feat. A combination of hard work and intuition, as well as the relationships with reputable and innovative organisations around the world has assisted in catapulting the Shaw Vineyard Estate label to where it is now in only a few short years".

Graeme Shaw personally attended the China International Small and Medium Enterprises Fair (CISMEF) this September to launch his highly esteemed five-star label into the China market. He followed on from this event to attend the launch of the brand in Europe with his new state of the art distribution and warehousing facility in the Netherlands now in full swing enabling his distributors based in Europe to access the wines directly and efficiently.

There seems to be no stopping this dynamic vigneron from Canberra, and he looks forward to watching his label spread its wings in its new and existing markets.

The award winning, five-star Halliday rated Shaw Vineyard Estate vineyard and cellar door is located just 20 minutes drive from Canberra city. Well known for producing cool climate wines, the estate was established in 1998 on the site of a historic 700 acre fine wool producing property called "Olleyville". A family owned and operated business, 85 acres of the estate is under vines and unlike most vineyards in the area it is elevated 640 metres above sea level, helping to protect against frost damage and allowing good air drainage over the property.

Riesling, Semillon, Merlot, Cabernet Sauvignon and Shiraz are the hallmark varieties from the vineyard, each handcrafted with vigour by the winemaking team and displaying the cool climate characteristics of full fruit flavours, crisp acid structure and fine, silky tannins. Along with Graeme Shaw's passion for creating great, award winning wines is his commitment to enriching the lives of children living with cancer and their families as he donates a portion of money raised from the Shaw 'Laughter Series' wines to the Camp Quality charity.