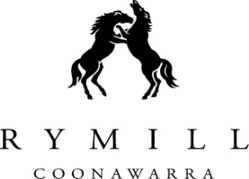 The release of a new vintage cabernet sauvignon is always highly anticipated here at Rymill Coonawarra and none more so than our 2010 Rymill Coonawarra Cabernet Sauvignon. One of our finest cabernets yet (if we do say so ourselves) this wine is testimony to one of the best cabernet vintages on record.

2010 was simply an exceptional vintage for cabernet in Coonawarra. Fruit intensity, partnered with perfect ripening created a beautiful blend of trademark Coonawarra rich and expressive flavours. Concentrated fruit, cedar box, rich chocolate and full and refined tannin make up a delectable and balanced wine in the 2010 Rymill Coonawarra Cabernet Sauvignon.  Sandrine Gimon, Rymill Coonawarra winemaker, who is extremely pleased with the wine, comments:

"2010 was just a great year! I can happily report that this 2010 vintage is one of the best Rymill cabernets we have produced yet. The wine has exceptional fruit expression and is testimony to the quality of fruit from our vineyard. Intense flavours and strong mouth-watering tannins run the length of the palate and make this wine incredibly smooth."

Parcels of premium fruit were selected, fermented and then aged in French oak barriques to produce this full-bodied and richly flavoured wine.
The Rymill 2010 Cabernet Sauvignon exhibits great vibrancy and freshness now, but will also develop beautifully with age.