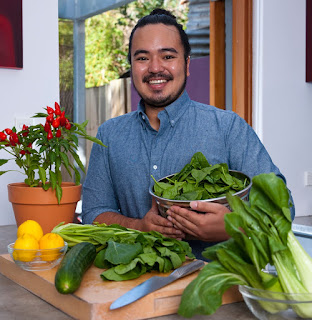 This year Rymill Coonawarra will be teaming up with Adam Liaw, host on the new television series Destination Flavour and 2010 MasterChef winner, to bring lots of spice to festivities as guest speaker at the ticketed marquee event.

Adam and award winning local Chef Simon Bowen, of Pipers of Penola, will create an inspiring menu for guests, which will celebrate Adam's signature Asian cuisine and will pair particularly well with the Rymill Coonawarra wines.

"I think Adam's Asian-style food, with its unique flavours and spices, will be a fantastic partner to our Companions Range, especially the aromatic Rymill Coonawarra 'gt' Gewurztraminer, and the versatile Rymill Coonawarra mc ²."

Last year was a sold out event with over 150 guests enjoying a four course meal and listened intently to Stephanie Alexander. This year the team is looking forward to an equally successful event. Tickets on sale in January 2013 and the date will be announced shortly, so stay tuned!

John Riddoch founded Coonawarra in 1890 when he had the foresight to plant the first grapevines in the district. One hundred and twenty years later, John Rymill, his great-great-grandson is the Managing Director of our family wine company. Six generations on, the family's long and important connection with wine and horses is recognised by the presence of our stallions rampant in both the company logo and the bronze sculpture that welcomes visitors to the winery.

Email ThisBlogThis!Share to TwitterShare to FacebookShare to Pinterest
Labels: coonawarra