Neil McGuigan just back from Canada 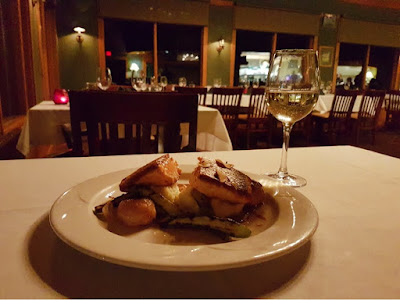 GAME BET WITH A BOTTLE OF RED

McGuigan Wines Chief Winemaker, Neil McGuigan who's just back from a visit to Canada, says that's a 128 per cent increase on sales of five years ago. And Canada overall is now Australia's fourth biggest wine export market after mainland China, the United States and the United Kingdom, with sales of a near 50,000,000 cases in the twelve months to September last year worth AU$190,000,000.

Interestingly our reds outsell our whites in Canada two-to-one, being matched on the table as Neil McGuigan found, with some interesting offerings. "Australian reds are generally popular matches with lamb and beef wherever you go," he says. "But in Canada where game meats are so abundant, you'll actually find these wines equally popular on restaurant and home tables with such options as reindeer, boar, moose and rabbit.

"And if you are visiting Canada and want to try some of those game meat offerings, which you really should do, and have an Aussie red with them, a Cabernet Merlot such as our Black Label is a good match and quite readily available.

"Also with Canada having some of the best seafood in the world, a white like Bin 9000 Semillon that's also widely available across Canada, makes for a great match with the wonderful British Columbia salmon."