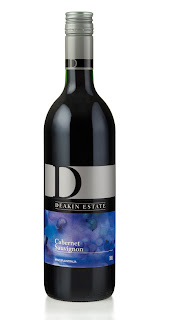 PINOT Gris, that wonderfully French-origin wine the skin of whose
grapes gives it a nice pale salmon hue, is gaining plenty of fans here
amongst those who enjoy how it matches our bourgeoning fondness for
spicy Asian dishes.

Philip Shaw and Debbie Lauritz, the winemaking team behind the
boutique Climbing Wines at the high, cool climate Orange in the NSW
Central West, have released their second vintage of the varietal, a
2007 made from fruit from their 20ha block of 10-year old Pinot Gris
vines.

Philip and Debbie got the nice balance they were seeking in the 2007
by stopping fermentation in a proportion of the wine that kept a touch
of natural sugar, and resulted in a drop that has great ripe pear and
floral aromas and a beautiful fruit driven intensity with zesty
mineral acidity.

And while some winemakers tend to remove that subtle pink hue from
their Pinot Gris through juice oxidation or fining as they consider it
off-putting to consumers, others say it's a trademark-like plus for
the variety – Philip and Debbie are amongst the latter, describing the
pale salmon hue as "sassy."

This is a good-value wine at $19.99 to enjoy with spicy Asian dishes,
duck, strong cheeses, or salmon with a twist of lemon.

OUT OF THE BOX: LOGAN Wines' Peter Logan is an unabashed sparkling
wine buff, and he's made his latest drop in the Italian prosecco style
that he says has less fruit character than Champagne-style wines, and
so does not overpower the palate. If you've a special event coming up,
celebrate with Weemala Brut NV ($22) with fresh oysters, sashimi and
prosciutto on papaya.

BUY OF THE WEEK: At just $10 you'll find it hard to beat Deakin
Estate's 2006 Cabernet Sauvignon for that next barbie: this bargain
buy is loaded with berry flavours and a nice oak spiciness to
complement the steaks, chops and sausages.

PHOTO CAPTIONS: SOMETHING for spicy Asian dishes or strong cheeses,