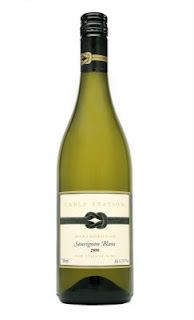 IT may come as a surprise, but the wine that's currently out-pacing the rest of the field in the local popularity stakes is Pinot Noir.

In the past year alone sales of this varietal in Australia have rocketed an astonishing twenty-nine per cent, and one label in particular that's helping lead the onslaught is Western Australia's Capel Vale Debut Pinot Noir whose sales have recorded a 45-per cent growth rate in just twelve months.

In truth it's probably not surprising as Capel Vale have long believed you have to match the variety to the vineyard, and with their Pinot Noir have concentrated on planting in the Pemberton Region in the State's lower south-west; with its predominantly overcast weather, this region's shaping up to become one of the great Pinot Noir regions of the Southern Hemisphere.

The just-released Debut 2007 is a fresh, fruit-driven wine with characteristic black cherry, raspberry and spicy flavours that's excellent buying at $17.95.

Take a bottle along to your favourite BYO Chinese restaurant and enjoy with Peking Duck, or share it at home with a good old-fashioned lamb roast.

ONE FOR LUNCH:  Murray and Daphne Brown were amongst the pioneers of grape-growing and winemaking in New Zealand's Marlborough Region 30-years ago, and in 2002 pioneered again with the first grape plantings in Marlborough's Blind River area that was better known then as sheep country.

Their gamble paid off handsomely and a 2008 Sauvignon Blanc they've just released under their Cable Station label is a ripper of a drop with mouth-filling melon and passionfruit flavours and nice hints of citrus and herbaceousness.

Pay $18.95 and savour the flavours of this one with pan-fried Atlantic salmon cutlets and a tossed salad.

[] JUST the drop with Peking Duck or a lamb roast