PJ Charteris & Brokenwood | The times, they are a changin'... 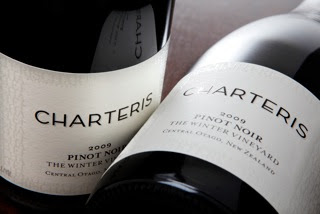 As Bob Dylan once famously penned "the times, they are a changin'".

After 12 years as barista, brewer, roustabout, cleaner, mixologist, tour guide but mostly Winemaker at Brokenwood, P-J Charteris is about to embark on a new challenge, all of his own.

From his formative wine years in the early 1980's in New Zealand the magic and mystique of Pinot Noir has never been far from P-J's mind. So for many it will be hardly surprising to see P-J succumb to this lure and hang up his Brokenwood hat in favour of his fledgling Charteris wine brand from Central Otago, the second vintage of the Winter Vineyard Pinot Noir is soon to be released. Charteris Wines will also be expanding their range in 2012 to include a single vineyard Central Otago Chardonnay and Riesling.

P-J is also rumoured to be continuing his obsession with multitasking and maintains that he'll be involved with some other projects here in Australia too, under the guise of Charteris Wine Consulting.

P-J's time at Brokenwood has been synergistic with the rise and rise of one of Australia's most successful small wineries. From developing new vineyard resources, embracing new grape varieties and wine styles, to the fostering of up-and-coming winemaking talent, there has always been one eye on the horizon and that next challenge for P-J.

"The time is right" says P-J referring to his time at Brokenwood, which recently saw Brokenwood's Graveyard Shiraz elevated to the "Exceptional" tier of the Langton's Classification, "and what better timing than coinciding this recognition for consistency of quality with Brokenwood's recent 40th birthday celebrations. I'll be definitely leaving on a high."

Away from Graveyard Shiraz the last 10 years has seen the focus on single site wines develop with benchmark results from Hunter Valley Semillon, the Wade Block 2 Shiraz from McLaren Vale and Chardonnay from the Indigo Vineyard at Beechworth and the Forest Edge Vineyard in Orange.

P-J attributes much of the success of Brokenwood to the secret manifesto-like gatherings of the winemaking team around the dining table upstairs above the old winery tasting, discussing and enjoying the great wines of the world.

Brokenwood has been nothing short of encouraging of P-J's career and in particular his wine show judging. As a result P-J is a respected senior judge at wine shows around Australia and has been the Chairman of Judges at the Barossa Valley Wine Show for the last 3 years.  P-J was also named 'Winemaker of the Year' in 2010 at the Hunter Valley Wine Industry Awards, an award judged by his peers tells the tale of the mark P-J has made in the Hunter.

"We wish P-J resounding success with Charteris Wines and any of his endeavours in the future, he's definitely in Australia's top echelon of winemakers, so its great he can put his name and energy into his own brand" Iain Riggs, Chief Winemaker/Managing Director of Brokenwood comments.

It is therefore with a fair bit of emotion and a lot of excitement that P-J makes the great leap into another chapter of this exciting and dynamic world of wine. We're sure that everyone will be watching.