NSW Government Asks For It


The NSW government is investing $40,000 in a new social media campaign called 'Ask For It', aimed at boosting the sales of locally produced wine.

The campaign which is jointly funded by the NSW Wine Industry Association is designed to encourage consumers to be loyal to locally produced wines.

Mr Stoner said consumers needed to ask for NSW wine. "If you go along to your local restaurants and they've got South Australian wines or they've got Victorian wines, just have a word to the proprietor or the sommelier and say I want NSW wines," he said.

Mr Stoner said the industry was already heading in the right direction, domestic sales within NSW increased from $52 million in 2008 to $86 million this year.

You can find out more at www.nswwineaskforit.com.au 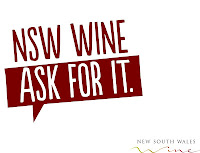