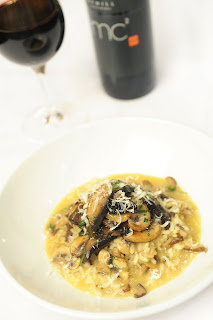 This long lunch will be held on the winery's lawns and guests will enjoy a menu specially created by Stephanie to reflect her thoughts on the region's finest local fare. Rymill Coonawarra senior winemaker Sandrine Gimon will expertly match the menu with Rymill Coonawarra's fine wines, including the feature wine 2010 mc².

Rymill Coonawarra is thrilled to have the opportunity to work with Stephanie Alexander during the Tasting Australia festival. During the lunch Stephanie will speak about her Kitchen Garden Scheme and her passion for local produce and inspiring food.

A true food aficionado, Stephanie has been running successful restaurants and cooking programs since her first restaurant, Jamaican House, opened in 1964.

Rymill Coonawarra and Stephanie will be partnering with Pipers of Penola, four time winner of Best Regional Restaurant in South Australia, whose talented chef Simon Bowen will work with Stephanie to create delicious dishes for the guests to enjoy.

Since its inception in 1997 Tasting Australia has become a huge international success, providing entertainment, information and education. The biennial festival is the perfect opportunity for the public – alongside leading food and drink professionals, and the world's food, drink and travel media – to enjoy the best that the nation and particularly South Australia have to offer in terms of produce, food products, wine, hospitality and tourism.

South Australia and Rymill Coonawarra hope you will join them in the celebrations … Bon Appétit!