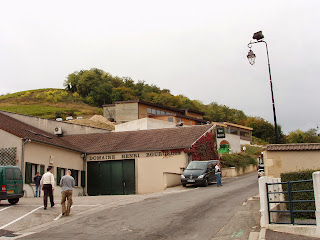 IN his continuing search for the more weird, whacky and wondrous in the world of travel, David Ellis says that in France, a winery has already dedicated a plantation of oak trees to be used for the barrels that'll store wines that it won't be making for close-on another two centuries.

And these are obviously not any ordinary oak trees: they've been propagated from acorns dropped by one of the most revered trees in French history – a mighty over-size one that towered above all others, and which itself rose from an acorn at Bourges in the Sancerre wine-growing region in 1560, and was killed 433 years later by lightning during a 1993 thunderstorm.

According to legend, the so-called Saint-Etienne oak gave inspiration to the ministers of French King Henri IV who would gather under its vast branches in search of inspiration, while King Charles VII was also known to have taken his 20-year old mistress, Agnes Sorel there for other forms of enlightenment.

Reaching 37m into the air (as tall as a 10-storey building,) and with a girth of 6m, the dead oak stood as a forlorn-looking skeleton until 1995 when a local winery, Henri Bourgeois engaged a woodcutter and a cooper to cut it down to make staves for barrels to store its legendary Sancerre wines from the 2000 to 2003 vintages.

At the same time, botanists began gathering acorns that by DNA could be traced back to the Saint-Etienne oak, with 1000 of the healthiest planted into a man-made forest. Of these the first will be harvested for making wine barrels for Henri Bourgeois wines 100 years from now, and forty of the mightiest kept by deed for a further 90 years for making wines from the 2200 vintage.