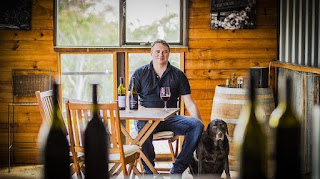 With judges awarding a record number of gold medals in this year's NSW Wine Awards, competition for trophies was especially tough. The trophy winners represent the very best of the best.


And it is from these latter 4 top trophies that the ultimate title of 'Pier One Sydney Harbour 2015 NSW Wine of the Year' has been meticulously chosen and will be awarded to … 2014 Nick O'Leary Wines Shiraz.

President of the NSW Wine Industry Association and Awards judge Tom Ward said, "Nick O'Leary and the Canberra District wine region can deservedly celebrate this weekend with another outstanding achievement. And the rest of the State has a lot to be happy about too with the 2015 trophies going to 7 different wine regions in total and again showcasing the quality and diversity of wines available from all over NSW."

Over the 20 years the NSW Wine Awards has been running, there has been a continual increase in interest in the Awards from wine producers, wine sellers, the public and new corporate sponsors, signifying the real support for our local wine industry and its connection with both tourism and food. This interest has been backed by a continued increase in sales of NSW wines in the domestic market, especially in Sydney.