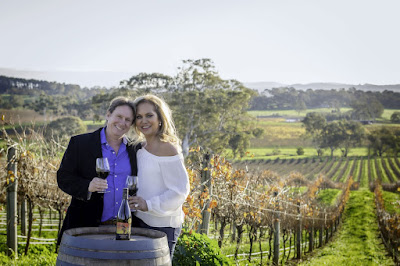 The IWC is generally accepted as the world's finest and most meticulously judged wine competition.  Every entry is blind tested assessed for its faithfulness to style, region and vintage. A rigorous judging process sees each medal-winning wine being tasted on three separate occasions by at least 10 different judges.

These two new trophies add to the global recognition received for the 2013 Mappinga Shiraz (of which less than 1000 dozen was produced). It has also been awarded arguably the world's greatest accolade, The 2015 Decanter International Trophy for "Best Rhone Varietal over £15.00". Gold medals were received from the Royal Hobart Wine Show, The San Francisco International Wine Show, and the San Diego Wine Makers Challenge.  It was also afforded 97 points by James Halliday.

Sidewood owner Owen Inglis said "this is a great result for Sidewood.  We're a relatively young and small winery with an ever strengthening reputation for being one of the world's top producers of super premium Shiraz.  To be officially recognised by both the IWC and Decanter the two largest and most influential shows in the world is sensational for both Sidewood and the Adelaide Hills.

"Our greatest issue with our Shiraz has been our inability to meet demand, and to this end, we've recently purchased a further 25 hectares of land and doubled the production capability at our winery."

Sidewood entered two wines in to the IWC competition, in addition to the Mappinga Shiraz, their entry for the Sidewood 2015 Sauvignon Blanc was awarded a silver medal - the highest medal provided to any Adelaide Hills Sauvignon Blanc.  This wine is has also been widely recognised with Gold Medals being received from The Royal Melbourne Wine Competition, Mundus Vini in Germany and Catavinum in Spain.  It has a 95 point score from James Halliday