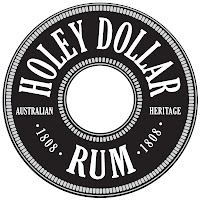 The world is a light at the moment with tastings and talk of diverse and delicious Spirits, after the release of the Spirits Results from the 2011 International Wine and Spirits Competition (IWSC).

And what better time for Australians to think about these heart-warming elixirs than during the winter months? In particular Rum ~ the Spirit that gave early Australians spirit and helped build the nation back in the age of the 1813 Rum Rebellion.

Recent Nielsen UK figures quoted at this years IWSC*, show that a new rum rebellion might very well be on the way, with retail sales of certain rum categories up an impressive 39%. Not that a love of rum ever went away for Master Distiller and owner of Holey Dollar Rum (a 100% Australian Family Owned Rum Company) Stuart Gilbert. Stuart has been making hugely popular rums for over 12 years now and has been credited with raising the profile of Australian rum production worldwide. He previously won the coveted "Worldwide Distiller of the Year" title at the IWSC, something never before achieved by an Australian or Australian company.

Stuart comments, "Australia has an amazing rum heritage. When it was first colonised there was a shortage of coins and currency, so rum became the popular currency of the day. It was later replaced by the Holey Dollar coin – hence the name of our rums - during the infamous 'Rum Rebellion'.

I wanted to reflect the spirit – pardon the pun – of the original Aussie settlers in my rums. They are serious and individual (hand-crafted, made in pot-stills with extra ageing in oak barrels) with complexity, flavour and diversity. But they are still affordable luxuries, accessible to the everyday person, so everyone can discover the satisfaction of this wonderful drink and the Australian history behind it.

There is a general underlying trend that Australians are now seeking to trade up from the run-of-the-mill rum brands, to more premium rum, just as they have done with Whiskey and Bourbon in the past. I believe Holey Dollar ticks all the right boxes, with high quality, a great price, and a uniquely Australian story.

And it is obviously also great that as well as growing support at home, we have been recognised so highly internationally at shows such as the Ultimate Spirits Challenge, the Rum Masters Series and of course the IWSC."

Holey Dollar Rum received another set of great results at this year's IWSC, taking home three Silver Medals and two 'Best in Class', on top of the 5 gold medals and trophies collected in previous years, proving consistency of the quality of these exceptional pot still rums. Collecting these awards is no mean feat, beating off competition from some of the worlds most sought after, extra-aged (some up to 21 years) Caribbean rums!

Tasting notes by the IWSC judges are as follows:

Holey Dollar 'Premium' Rum    (40% A/V - RRP $39.99)
Light tropical fruit notes on the nose with some floral hints and decided vanilla follow up. Big, full mouth with prune and treacle flavours and even more vanilla. Slight impression of sweetness with some fruit cake and toast. Touch of chocolate in long, aromatic finish.

Holey Dollar 'Overproof' Rum (57.2% A/V - RRP $64.99)
Rich and full on the nose and in the mouth with spice, exotic fruit, raisin and lots of oak. Clean in all respects. Lots of treacle with some bitter caramel giving some unexpected bite. Big and full bodied with woody, spicy finish.