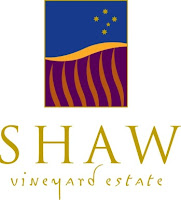 
The Canberra district continues to shine as one of Australia's premier wine growing regions and Murrumbateman's Shaw Vineyard Estate never fails to impress with its outstanding range of expertly crafted wines.

The Shaw Vineyard Estate Shiraz 2009 (RRP $22) has this week been named on the Champions List at the New Zealand International Wine Show having been awarded a Gold Medal alongside a Silver and Bronze for its Cabernet Shiraz 2009 and Cabernet Sauvignon 2009 respectively. The 2009 Merlot also won Gold in Cairns this month, highlighting the greatness of the 2009 reds from this rapidly emerging region.

Shaw Vineyard Estate is ideally located in Murrumbateman, just 25 minutes north of Canberra.  The impressive 700 acre property is the largest privately owned vineyard holding in the Canberra wine region. The property, formerly known as 'Olleyville' historically produced some of Australia's finest wool. Nowadays, some 85 acres (32ha) are planted to vine on the property's most optimal vineyard sites.

With a unique sloping profile and elevation at around 640 metres above sea level, the property is ideally situated for the production of outstanding cool climate wines particularly Riesling, Shiraz and Cabernet Sauvignon, which thrive on this elevated site with optimal drainage, and ideal aspect on this unique estate.

The region has fast become known for producing some of the country's most outstanding and sought after red wines, and vigneron Graeme Shaw feels that the 2009's are set to be amongst some of his finest.

A high quality vintage devoid of the hail and frost that effects so many growing seasons, so in great years like 2008 and 2009 the region produces some of Australia's best.

The 2009 Shaw Vineyard Estate Shiraz, has obviously the same pedigree as the 2008, refined and elegant. It exhibits those same classy characters that the estate produces so well year after year;  rich black cherry, white pepper and spice. Let's hope the medal tally on the 2009 tops the 2008's haul of 10 medals and climbing…

A truly family owned and run operation, the Shaw family spare no detail. Their busy cellar door is home to many of the regions leading events, and most certainly Flint in the Vines is the place to dine in the region. The cellar door, vineyard, warehouse and business are all completely run by this hands on family who exude enthusiasm for what the region has to offer.