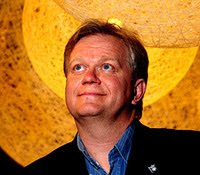 The Canberra District is home to Australia's first winemaking Nobel Prize winner and Australian National University Scientist, Brian Schmidt, who was yesterday named joint winner of the 2011 Nobel Physics Prize for his research into supernovae.

Brian Schmidt is a world renowned astrophysicist who led the team that discovered that the universe is accelerating. But it's not just the stars that are of interest to Brian, he's also a talented winemaker who puts much time and effort into his wines under the Maipenrai label.

"While Brian's off exploring the world of astronomy, people are discovering the high quality of his Pinot Noir," said Brad Schafferius, President of the Canberra District Wine Industry Association.

Schmidt lives in Sutton just outside of the ACT where he has planted 1.1 hectares of grapes, specialising in Pinot Noir. The small winery sits atop the Yass River Valley, 760 metres above sea level where the vineyard's rocky soil and cool climate make growing Pinot Noir a challenge, but what results is an intensely flavoured wine. Last year this was recognised with James Halliday awarding Maipenrai a four star status.

"What Brian is doing with his wines is to be commended. He is producing a wonderful Pinot Noir in a difficult climate.  The Canberra region is known more for Riesling and Shiraz but the Pinot continues to shine with a number of winemakers creating great drops," Brad said.

"A lot of small winery winemakers have 'other jobs' to supplement their winery business.  The Canberra District has writers, teachers, public servants and now we can count a Nobel Prize winning physicist in that group," he continued.

"The Canberra District wine makers congratulate Brian on this momentous award and look forward to the next release of Maipenrai Pinot Noir in December," Brad concluded.

Brian Schmidt can be followed on Twitter @cosmicpinot where he last night tweeted "I do not have the answer to life, the universe and everything. My advice. Work hard, take risks, have fun, and you never know..."