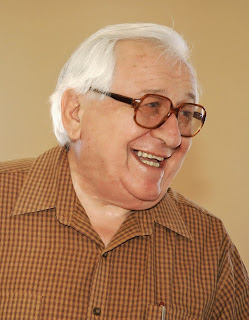 Griffith has lost another great pioneer of the local wine industry with the passing of Louis Delpiano this June.

Mr Delpiano, credited with bringing the Riccadonna wine style to Australia and a central figure in the early days of winemaking in Griffith, died on June 23rd, aged 84.

He is being remembered as a true visionary. One of the first winemakers to have the skills and when he didn't have the right equipment, he would either bring it in or improvise. A man whose passion and knowledge saw him consult to more than a dozen local wineries at his peak and help revolutionise local winemaking methods.

Born Luigi Carlo Delpiano in the province of Piedmont Italy in 1929, Mr Delpiano spent his formative years as a winemaker in Spain and Argentina before boarding a ship bound for Australia in 1956.

A fellow traveller told him of the fledgling wine industry in Griffith and Mr Delpiano – with just 50 cents in his pocket – begged the Italian Consulate in Sydney for enough money for a train ticket to his future.

Within days of arrival in Griffith, he secured a job with McWilliam's and later with De Bortoli. During this period, he met Joyce Miller and the couple wed. They went on to have four children.

After leaving De Bortoli, Mr Delpiano became a consultant and contract winemaker for a number of wineries including Casella Wines, Toorak Wines, The Calabria Family and Warburn Estate.

His contacts in Europe and winemaking nous also saw him import critical equipment from overseas. Amid it all, he introduced Riccadonna and Rosso Americano Vermouth to Australia, also finding time to teach Italian at the local TAFE and act as a court interpreter.

Mr Delpiano's son Gary said while his father didn't suffer fools, he remained generous to a fault. "He liked to do things his own way but he was a wonderful friend to the people he valued," said Gary Delpiano. "Anytime someone needed something, he would always come through. He never sought recognition – all he wanted was the recognition of his family."

Louis Delpiano is survived by his wife Joyce, children and their partners Gary and Nil, Magda and Ben, Maia and Pratika and Wayne; and grandchildren Elise, Shaun, Jye and Luigina.
Posted by rodeime