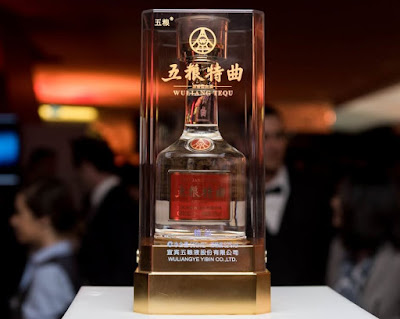 China’s number one-selling premium liquor, ‘Wuliangye’ is now officially available in Australia after it was launched at a spectacular event at Sydney’s The Star on Friday July 3, 2015.

More than 250 guests, including government officials from both China and Australia, media and celebrities enjoyed traditional Chinese entertainment with a modern twist, whilst dining on a delicious three-course menu* designed by the The Star’s Executive Chef, Uday Huju.

Upon arrival guests were treated to an array of specially created Wuliangye cocktails* designed by genius mixologist, Alex Dickson. 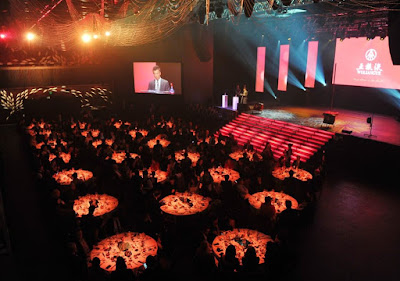 Guests then entered the main ballroom where the night progressed with the help of MC and Australian food royalty, Lyndey Milan. Guests continued to be surprised and delighted throughout the evening with a spectacular lion dance, opera singers, tango and beat dancers and beautifully choreographed aerial acts. In the end it was clear guests were far from ready to leave.

Wuliangye is now available at all major Australian bottle shops and a 500ml bottle is currently on sale in Dan Murphy’s for $199.95. 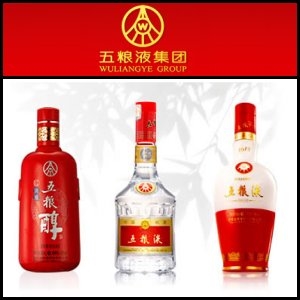 In China, no special occasion or celebration would be complete without Wuliangye in its unmistakeable and elegantly crafted bottle. From private banquets and weddings to national events, Wuliangye is Chinese elite’s number one choice for honouring the moment and the most perfectly balanced of all China’s white spirits.

Wuliangye is so valuable and popular that its makers use anti-counterfeiting technology on packaging much the same as is done with paper currency to ensure that every bottle is an original.

Harmony and balance are paramount in Chinese culture and Wuliangye is hailed as the perfect balance between “heaven, earth and man” and “the perfect blend of efforts between man and nature”.

As the most popular white spirit in the Asian powerhouse nation it is revered as having magical qualities, bringing good health and happiness to those who drink it. Its ingredients and production methods are also of the highest quality, having been refined over many

Wuliangye is unique in aroma and taste. Sweet cotton candy offset with a savoury flavour are the initial notes, along with a hint of glutinous rice, tropical fruits and aniseed. Combined, this gives Wuliangye a dry finish which critics say denotes a “lasting aroma, mellow and luscious taste, harmonious and just-right flavours - a transcendent experience.”

Arguably, the most key ingredient in Wuliangye is the purest water sourced from Sichuan province where the mighty Yangtze River meets the cold, crisp Jinsha and Minjiang Rivers. These waters fall from China’s highest, uninhabited mountains and are as pure as water can be. Furthermore, the nearby city of Yibin, where Wuliangye originated more than 1000 years ago and is still made, has the ideal subtropical climate for distillation - with year-round average temperatures of 18 degrees Celsius and 85 per cent humidity.

As you would expect from such a nationally renowned beverage, Wuliangye is steeped in history. Created during the Song Dynasty (960-1279) from Yibin’s local spring, the liquor’s special qualities quickly made it a staple among society’s upper echelons. Poet Huang Tingjian even praised the drink in his writings. During the Ming Dynasty (1368-1644), manufacturers started using the clean mountain waters to make their unique spirit, and the tradition has continued since.

Wuliangye receives a constant stream of local and international accolades and in China it has received the coveted “National Famous Liquor” award several times over, while internationally it has received 39 gold prizes and counting. Wuliangye is the only liquor to have been awarded a golden prize at the Panama-Pacific International Expo in 1915 and again at the 13th Panama Expo in 1995.

Add all ingredients into shaker, add ice, and shake. Double strain into martini glass.
Serve with 3 lychees on a toothpick.

Add all ingredients into shaker except for garnish. Shake and then add in into shaker and shake again. Add garnish, chocolate wafer and lemon wedge. If no wafer, sexy it up with dark chocolate shavings.