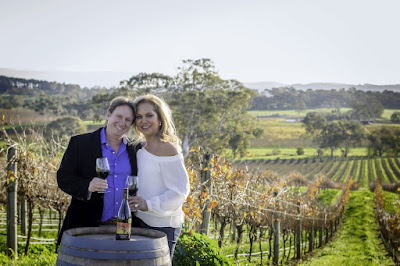 THE EAST COAST SHARING THE ESSENCE OF OUR FINEST FRUIT

Sydneysiders will enjoy wines from the Adelaide Hills at what is tipped to be the coolest event of the forthcoming music festival season.

Sidewood Wines has been named as official wine supplier for Sydney's Soulfest on October 24 featuring more than 25 of the  smoothest soul and hip hop acts and headlined by none other than Lauryn Hill, Mary J Blige, Jill Scott, 9 x Grammy nominated Charlie Wilson and De La Soul among others.  Held in The Domain, the 10 hour event will see tens of thousands of patrons enjoying good food, good vibes and of course, great South Australian wine.

Meanwhile further down the east coast, Melbournians will also indulge in great Adelaide Hills wines at one of the city's largest tourist drawcards, the Victoria night markets.  With more than 730,000 people attending the markets over their 19 week summer season last year, Sidewood is thrilled to announce its exclusive partnership with the venue to run for both the summer and winter markets periods for the next three years with the highly awarded winery offering both wine and sparkling to visitors attending the massive venue.

"We entered the music festival arena last summer as partners with the Woodford Festival in QLD – a six day event and Australia's largest festival and will partner with them for the next few years.  We also participated in a number of other eastern seaboard events over the 2014/15 summer and supplied wine and cider to Groovin the Moo up at the Oakbank Racetrack in the Adelaide Hills.

"Markets are a new venture but the opportunity to be part of such an iconic local and tourist drawcard was an opportunity too good to refuse.    These event partnerships are a great way to introduce patrons to our brand and wines in a celebratory setting – which is exactly how and where good wine should be drunk" said Owen Inglis, owner and vigneron Sidewood Estate.

Closer to home, Sidewood is also the official wine supplier to Feast Festival and Groovin the Moo up at Oakbank – both for the second year running.  The latter event is particularly close to the heart of Sidewood with its estate located nearby the racetrack and Owen's love for and ownership of a number of racehorses.